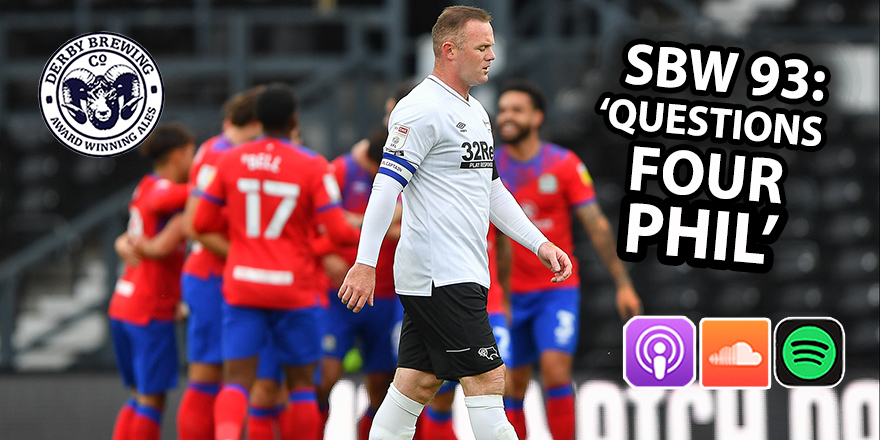 Is Derby’s woeful start about to get worse before it gets better? As the Rams are trounced at home by Blackburn in Cocu’s lowest moment, Chris, Richard and Tom assess an unacceptably passive display.

Who was to blame for the 5-minute collapse? Who starts our next game given Derby’s appalling start to the campaign? There’s also an in-depth with former Rams sports psychologist Dan Abrahams, who gave us insight on how to get the best from Jordon Ibe, who admitted before joining Derby he’d ‘fallen out of love’ with football.