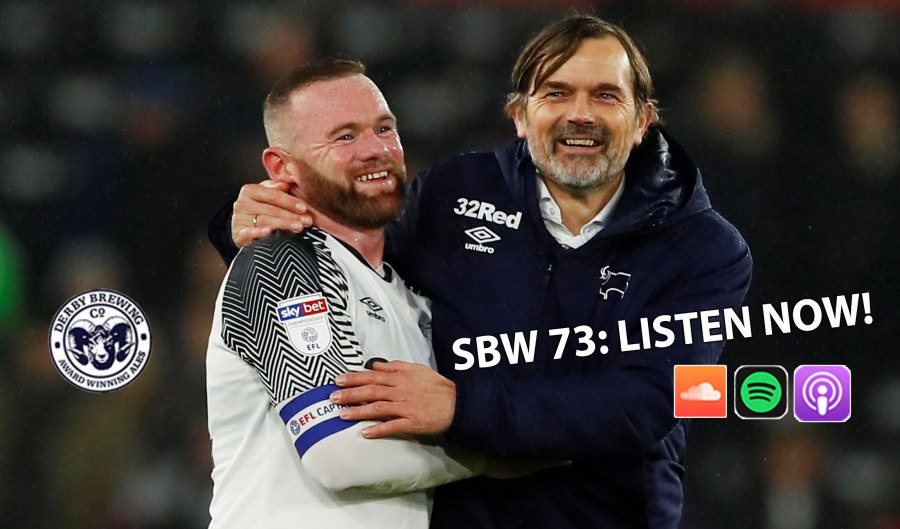 Derby start the new year as they ended the last – with a 2-1 home win easing unrest around Pride Park. How influential was Wayne Rooney after his long-awaited debut for the Rams against Barnsley? Chris and Tom analyse Captain Wazza’s first appearance, and also single out Derby’s academy youngsters for more praise.
With an FA Cup tie away at Crystal Palace next, we’re also joined by Eagles fan Alan Burrows, who filled us in on their season so far, players to watch and how seriously they’ll take the competition.

Shades of Paulo…!
What. A. Win!
One of our very kind Patrons, Chris Getty, made us these fantastic personalised coasters - and he has loads of cool designs over at @lenzieramproductions - ours are 3D-printed, hand-painted and lacquer-coated. Give him a follow! #dcfc #dcfcfans #derbyshire #etsy
Show me a better header than this. I’ll wait. @thecurtisdavies you’re a hero! #dcfc #dcfcfans
Happy Christmas! 🐏🙌
Keep fighting. 👊
SBW Patreon Xmas special in the can. Out soon! 🎄🎤🐏
I’ve got nothing but respect for the fans (including the 1,500 today) who follow our club hundreds of miles around the country when there is little/no hope this season.
⚠️ NEW POD OUT NOW ⚠️
Is it me or is this man actually getting better with age…?
Four points off the top two! What a defensive performance again.
Pure joy. 😃
WHAT. A. WIN! 🐏👊
🙌🇭🇷 IGOR 🇭🇷🙌
🎤 SBW MEETS: IGOR STIMAC
Backs to the wall performance with 10 men for most of the second half. Keep on fighting. 👊🐏
Time to accept our fate…?
I was convinced this was in in injury time. 😩