Another season, another managerial change for Derby County – but the latest Pride Park appointment made history and is seen as a potential Mel Morris masterstroke. Phillip Cocu, Derby’s first ever non-British manager, arrives in England with a stellar playing career and enviable managerial record behind him.

The Championship is an unforgiving slog, however – just ask Derby’s last six bosses. Ryan Burton assesses the biggest challenge the Dutchman will face in his debut Derby season.

One of Cocu’s most challenging tasks will be filling the goal void left by Harry Wilson and Mason Mount. Derby banged in a respectable 88 league goals in all competitions last season – nearly a third (29) were scored by the young loan pair.

If it wasn’t for more Wembley heartbreak, we could’ve been welcoming Wilson and Mount back for a crack at the top flight. But defeat to Villa meant an heroic return for the dynamic duo is off the table.

LISTEN TO THE LATEST SBW PODCAST:

Kieran Dowell will be expected to deliver goals and assists from midfield.

The loan capture of Everton starlet Keiran Dowell is a good start – but the England U21 man won’t plug the goal gap alone – his 11 goals in 54 appearances in two loan spells should be enough to tell us that. We may decent firepower in Jack Marriott and Martyn Waghorn (if they both stay fit), but a significant goal haul from wide and midfield is essential this year. Lawrence, Bennett, even Graeme Shinnie – we’re looking at you.

There’s plenty of time left for incomings, but right now Derby fans will be rightly concerned that goals are lacking when you take away the first-choice centre forwards.

Keep the youth coming through

The rise of Jayden Bogle was last season’s feel good story. Heading into pre-season, the 18-year-old was aiming to establish himself in the U23s. Instead, his first professional season ended with 50 first team appearances and a start at Wembley.

In modern day football, the meteoric rise from academy to first-team football seems more and more like a distant pipedream. Bogle’s exploits not only provide hope, but a gateway for the next generation coming through. 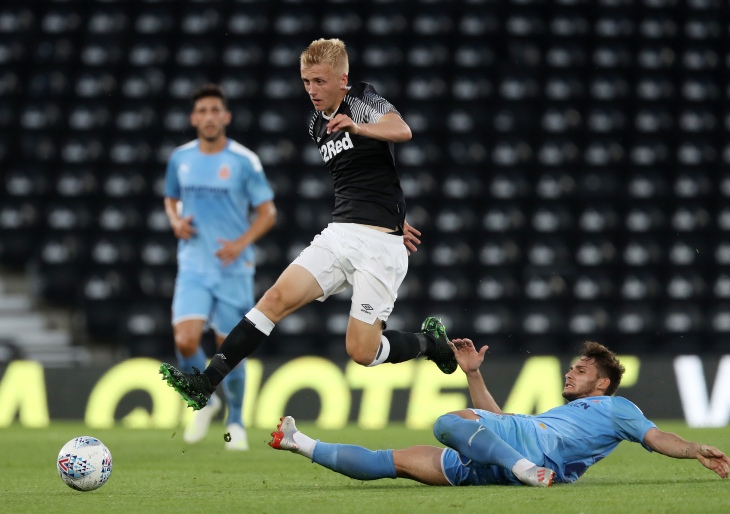 Breakthrough season: Louie Sibley has been tipped to make the first team in 2019/20

Blonde left-footed midfielder Louie Sibley (remind you of anyone…?) appears at the front of the queue to step up, but midfield starlet Jason Knight – who made the bench in the play-offs and at Wembley – and winger Jayden Mitchell-Lawson aren’t far behind.

With a Category One Academy and the best U18 side in the country to work with, Cocu has all the tools to unearth another Bogle-like gem. Add in the Dutchman’s proven track record bringing youngsters through at PSV, it seems likely we’ll be giving youth a chance in 2019/20.

Let’s be honest, we all chuckled when Mel Morris coined the phrase ‘the Derby Way’ after sacking Paul Clement. Back in 2016, only one thing mattered to Rams fans – promotion, no matter how we did it.

Fast forward three years and priorities have changed. Derby want to get to the Premier League, but do it the right way. Whilst taking us to the play-off final was one step more than predecessor Gary Rowett, Lampard’s Derby managed a lower points total, scored fewer and conceded more. However, under Lampard many fans would argue that ‘it wasn’t about the destination, it was the journey’. The campaign was more memorable and entertaining from start to finish as Rowett’s functional but forgettable playing style became a distant memory. 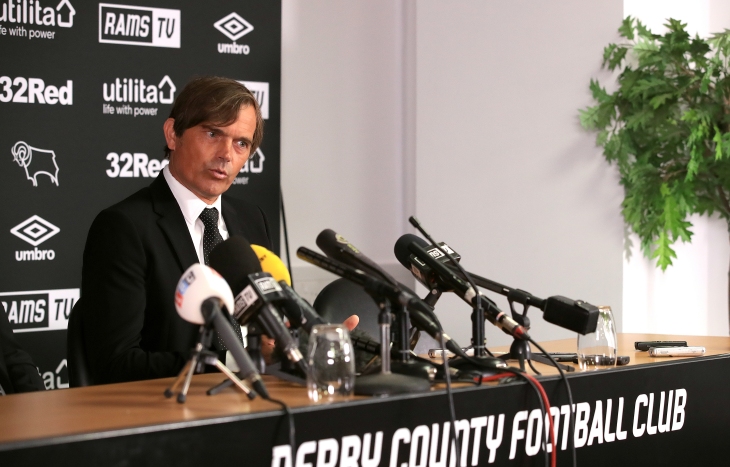 Similar philosophies: Cocu was recruited thanks to his matching tactical outlook to Lampard.

Nights like the Old Trafford heroics, pushing star-studded Chelsea all the way, and the Elland Road epic will be cherished for years.. A 1-0 hoofball home win over Reading with 32% possession? We can do better. Fast, free flowing and firmly on the deck is now ‘the Derby Way’

There’s no shame in wanting your team to be effective and entertaining. Cocu will be expected to show signs of both in his first season.

It’s no secret Derby are walking a financial tightrope. As another Championship season beckons, fans will be wondering if Uncle Mel can conjure up another money masterstroke. After posting profit by exploiting a loophole and effectively gifting Pride Park to himself, our card will be marked by the Football League’s auditors.

Combine this with our lack of sellable assets (aside from Bogle) and it seems unlikely we’ll see be spending big this season. That much was made clear at Cocu’s first press conference. That’s not to say there’ll be no investment – there are plenty of smart buys out there. However, loans will again be key – Cocu has already admitted we’re after ‘three or four’ from the Premier League.

Utilise the squad: He couldn’t… could he?

These financial restrictions will force Cocu to utilise his inherited squad. We know about the starlets, but what about the senior pros and high earners previously left out in the cold? Yes, it may be less exciting, but great managers get the best out of their squad, whatever state it’s in.

Chris Martin, George Thorne and – dare we even say it – Ikechi Anya are just three high earners who Derby just can’t shift. If Cocu can even just get one of them fit and firing (a long shot, we know), it could make a big difference.

Other than an ill-fated four-months with Fernebahce, Cocu’s only other managerial experience came from his homeland with PSV. Nonetheless, three Eredivisie titles in five years and Champions League experience makes for an impressive CV.

On the flip side, English football can be a cruel mistress for some foreign managers – just ask Cocu’s former Netherlands teammate, Frank de Boer. Another midfield legend who won all sorts in Holland, he then bombed at Inter and lasted only five games at Palace. Fellow Dutchman Louis Van Gaal isn’t remembered to fondly at Man Utd either. 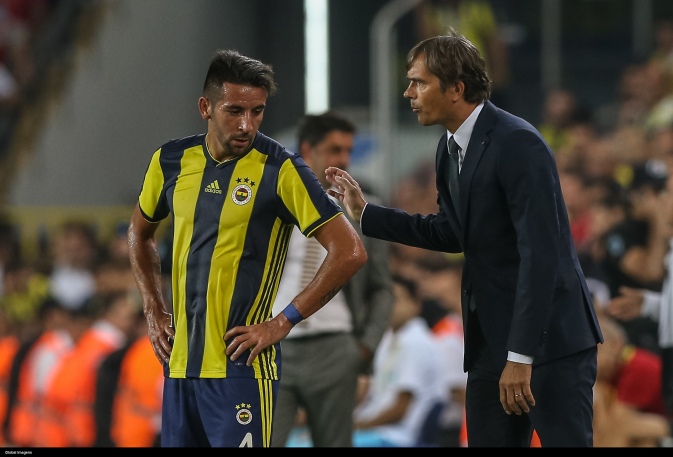 Trouble ahead: Cocu didn’t even last half a season at Fenerbahce.

Derby will be a baptism of fire for Cocu, but watching how he reacts will be fascinating. With Cocu’s preferred 4-3-3 system, there will be continuity from the last regime. Renowned for being pragmatic rather than gung-ho, Derby fans can expect to see plenty of tactical nous and formation changes thrown their way during games.

By handing a four-year contract to the former Barcelona midfielder, Derby have signalled their long-term intentions for a Dutch revolution. This project will take time. Just like with Lampard, there will be a lot of learning on the job and mistakes made along the way. It’s important we remember that.